“What is admirable about the fantastic is that there is no longer anything fantastic: there is only the real.”

The Kraken is a marine creature from Scandinavian mythology, usually described as being similar to an octopus or a giant squid, that attacks ships and devours sailors. It could have a basis in reality, drawing from sightings of giant squids, that today we know can reach lengths of up to 20 meters and 275 kg of weight genus Architeuthis) about which very little is known, as they are only found at profound depths.

The Kraken has been cited in various old stories, such as in the descriptions of the Frenchman Pierre Denys de Montfort, in 1802. The celebrated English poet Alfred Tennyson, dedicated a poem to this creature in 1830. It was this poem that in his turn Julio Verne based his recounting of the attack of the giant squid in his novel “20,000 Leagues Under the Sea” (1870).

As a caver myself, I wasn’t able to resist imagining and drawing this creature living at the bottom of some deep and remote cave.

Below the thunders of the upper deep,

Far, far beneath in the abysmal sea,
His ancient, dreamless, uninvaded sleep
The Kraken sleepeth: faintest sunlights flee
About his shadowy sides; above him swell
Huge sponges of millennial growth and height;
And far away into the sickly light,
From many a wondrous grot and secret cell
Unnumbered and enormous polypi
Winnow with giant arms the slumbering green.
There hath he lain for ages, and will lie
Battening upon huge sea worms in his sleep,
Until the latter fire shall heat the deep;
Then once by man and angels to be seen,
In roaring he shall rise and on the surface die.

In 2013 the Mexican guitarist and composer Jorge Calleja commissioned Enrique Fernandez to do 4 illustrations for the disc jacket for his album Mirovia. The work, which evokes the internal journey towards a world helplessly lost in the past, includes a total of 13 instrumental tracks in a soft, tonal and minimalist style.

The project saw the light in November 2014. In the disc jacket, the illustrations are paired with text by Jaet Garibaldi. 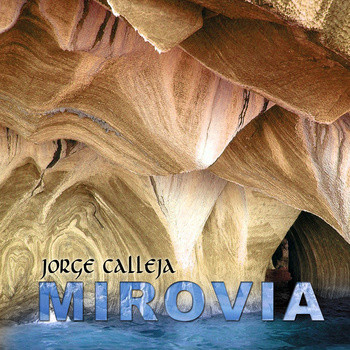 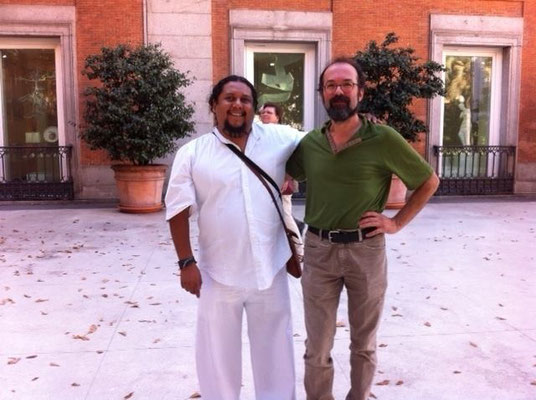 Pencil and pastel on paper.

The images and texts found on this website are the property of Enrique F. Gibert. All Rights Reserved.